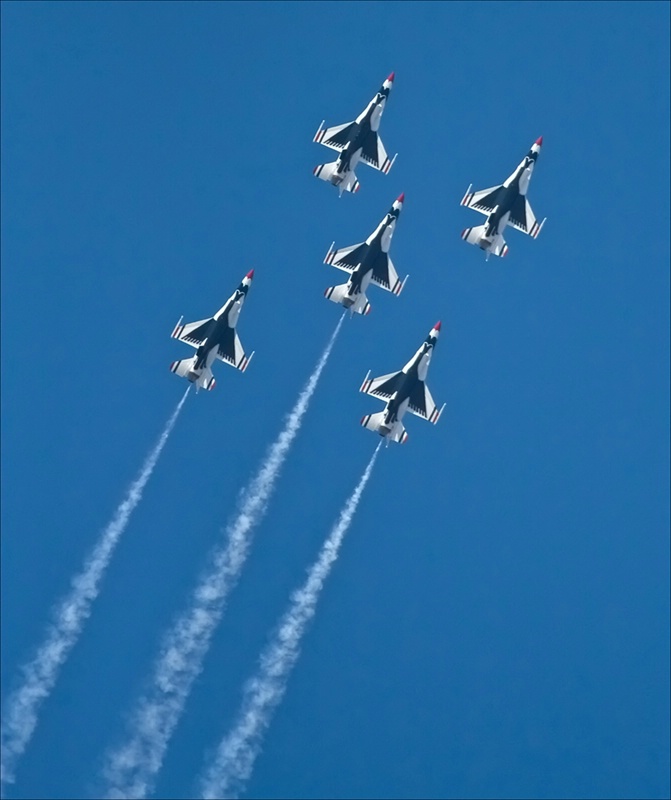 The U.S. Air Force Air Demonstration Squadron, the Thunderbirds â Belonging to this Team is an Honorâ¦ They represent the âBest of the Bestâ! A tight group, exemplifying professionalism, passion and skills at the very highest level! (EoD)

Side note: In addition to their responsibilities as the official U.S. Air Force Aerial Demonstration Team, the Thunderbirds are part of the combat force. If required, the team's personnel and aircraft can be rapidly integrated into a Fighter Unit at Nellis Air Force Base, Nevada. Since the aircraft are only slightly modified they can be made combat-ready in less than 72 hours. The only changes needed to prepare the aircraft is to remove the smoke-generating system, reinstalling the 20mm cannon and painting of the aircraft back to a combat paint scheme.

Copyright for this gallery photo belongs solely to Jeff Robinson. Images may not be copied, downloaded, or used in any way without the express, written permission of the photographer.